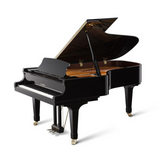 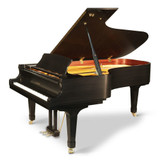 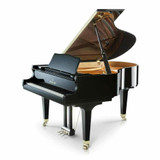 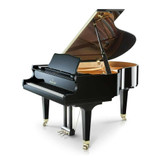 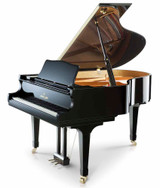 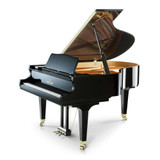 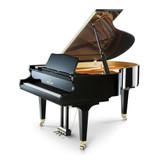 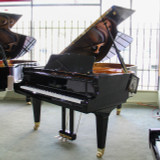 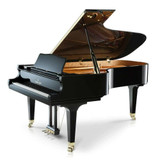 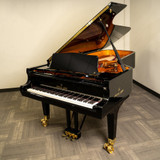 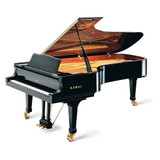 Over one hundred years ago, in a humble workshop in Japan, Koichi Kawai embarked upon a journey—a spiritual quest to design and build a piano that would one day be called "the finest." A generation later, this dream burned intensely in the heart of Shigeru Kawai. To Shigeru, the dream represented not just his origins, but his destiny—an unrelenting force that would launch a lifetime of devotion in the pursuit of perfection. In the Shigeru Kawai piano, you will see not just his labor and his love... but his life.

ABOUT SHIGERU KAWAI
Shigeru Kawai was born on July 28, 1922 in the Shizuoka Prefecture of Japan. He entered the piano business as a young man in 1946. Although he was a member of the Kawai family, Shigeru spent his early years learning the piano building process as a regular worker. He put in long hours laboring diligently in the manufacturing area, sometimes sleeping overnight in the factory as an expression of his dedication to the craft. He loved the work so much that, in later life, he would often remark, “Creating pianos was the greatest job I ever had!”

After three years of training in all areas of the piano building process, Shigeru began the next important phase of his apprenticeship—studying the art of piano design from his father, Koichi Kawai. Koichi was known as “Hatsumei Koichi” (Koichi the Inventor), an innovative genius who was revered as the first person in Japan to design and build a complete piano action. In later life, Koichi would receive the coveted “Blue Ribbon Medal” from the Emperor of Japan for his accomplishments.

Koichi taught Shigeru the “methods of origin” by which pianos are built entirely by hand. He would often say, “As long as you are building pianos, you should strive to build the finest ones in the world.” Shigeru listened attentively to Koichi’s every word.

It was with great sadness and resolve that Shigeru Kawai assumed leadership of the company upon the passing of Koichi Kawai in 1955. Although Shigeru was only 33 years old, he proved to be a visionary. He soon launched the Kawai Concert Series to introduce western music to the Japanese people. Later, he built scores of Kawai Music Schools across Japan and founded an educational institute to train the teachers who would staff those schools. Concurrently, he established the Kawai Technical Institute to provide the technicians needed to care for pianos at home and abroad. By the 1970s, he had taken Kawai pianos to over 80 countries around the globe.

In 1980, Shigeru completed one of his greatest achievements—the Ryuyo Grand Piano Factory, one of the most advanced piano building facilities ever created. Today, Ryuyo is not only a place for manufacturing, but also a place for innovation. The Shigeru Kawai Research and Development Laboratory at Ryuyo stands as a tribute to the founder’s vision of continual excellence and is staffed by Master Piano Artisans dedicated to the never-ending advancement of the piano art form.

After over 50 years of intense striving, Shigeru desired to leave a personal legacy to the piano world. In the year 2000, he introduced the unique line of instruments that would bear his name. While the use of one’s first and last name is extremely rare in Japan because of the incredible burden of responsibility it places upon the individual, Shigeru inaugurated these instruments as the Shigeru Kawai Grand Pianos – enduring symbols of his fervent passion for the piano and his lifelong commitment to building the finest pianos in the world.

Compare up to 3 items
Compare